Welcome to a world where every one of you is precious

We came into existence on 23rd April,2015 as a Public Charitable Trust

According to WHO: It is estimated that over eight million people become blind every year. 75% of blindness is avoidable 80% of visual impairment is avoidable 63% of those with low vision and 82% of blind people are over 50 years of age Every five seconds one person in the world goes blind. One child goes blind every minute. Cataract remains the leading cause of blindness globally, except in the most developed countries.

We Carry out Free eye camps in various places(remote rural villages to urban populations) and identify people who need treatment. We carry out Free Eye surgeries like,Cataract,Retina & gloucoma,free of cost to the poor and under-previledged. We distribute Medicines & Spectacles for the poor free of cost. Thus we strive hard to redress the problem of Loss of Vision among the poor & under previledged section of society. We are grateful to 'Business Network International-Bangalore 'for their generous gesture in presenting to us a Mobile van,which have been equipped by us with required latest machines for, on the spot eye checkup,not only in urban areas but also in remote and far off places . We have other ambious plans like,starting a full fledged dedicated Eye Hospital in an under developed region of Bangalore, under the Trust management.Work on this project is under way, and we soon expect to open the hospital for the public. We have other plans like having an eye bank,a training school for the para medical education related to Eye care. We also promote our ancient music system of Carnatic Music, by coducting once a year,a music concert by veteran musicians. Following are our achievemts so far : a)Conducted free eye camps in and around Bangalore City ,including border areas of adjoing states......1235 camps
b) No No of Patients screened .....21275 persons
c) No of Free Eye surgeries carried out ..... 1056 persons
d) Value of Spectacles distributed free of cost ..... 67,560 rupees
e) Value of Medicines distributed free of cost ....1,87,600 rupees

Our services center around your support. 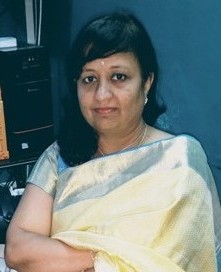